Another post that disappeared! For #ShakespeareSunday. George William Smetham-Jones's Portia, 1893: an inspirational figure then and now! Powerful in her advocacy of showing humanity to others. #literature #humanrights #humanity

Sometimes posts seem to disappear!! This was really for #FontsOnFriday but could do for #Sunday too! "Infancy," one of 4 high-relief carvings of the Four Ages of Man on the font of St Mary's Church, Studley Royal, Yorks. Designed by #WiliamBurges, & executed with so much tenderness by Thomas Nicholls https://victorianweb.org/sculpture/nicholls/16.html
#sculpture #art #design #churches 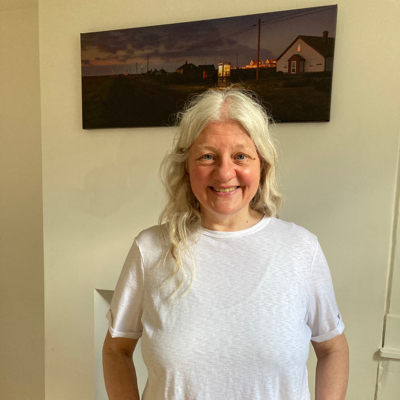 This painting is a great contrast to the figures painted by Gainsborough. This is ‘The Sharp Family’ depicted on their barge ‘Apollo’ on the #Thames at #Fulham. Granville Sharp (1735–1813), shown seated at the centre was one of the first British campaigners for the abolition of the trade of enslaved people. He also was a musician and hosted musical events on the barge which is what #Zoffany paints here. #18th century

"The Cotter's #Saturday #Night" by Sir David Wilkie, c. 1837 (oil on a panel, but only a sketch for a larger work), fairly described as "Rembrandtesque" — a sort of hymn to the domestic & spiritual values of the Scots, with the head of the family reading the bIble to family members of all ages https://victorianweb.org/painting/wilkie/paintings/2.html #art #religion #histodons

In November 1871 the Prince of Wales & his friend, George Stanhope, 7th earl of Chesterfield, were taken ill with typhoid while staying in Scarborough. The prince recovered but the earl died #OnThisDay 1871. He had been Conservative MP for Notts South 1860-6. Image: NPG. #19thcentury #histodons

For #Fensterfreitag a window from the Houses of Parliament. This does not date from our 1832-68 period but commemorates a key event which took place during it: the passing of the Second Reform Act in 1867. There's more on this 'leap in the dark' on our blog: https://victoriancommons.wordpress.com/tag/1867-reform-act/

#OTD 1868, Gladstone enterd his first term as Prime Minister. Thank goodness, or we'd have missed all those wonderful cartoons of his battles with Disraeli! Here are the rivals in Fun magazine in 1880, drawn by John Gordon Thomson https://victorianweb.org/periodicals/fun/2pms/8.html

"Night Toilers" by Arthur Hughes, which was in Hughes’s first one-man exhibition, held at the Fine Art Society in 1900 when he was 68. It sold very well https://victorianweb.org/painting/hughes/paintings/18.html #painting #night #work

#ironworkThursday: Telford's retracting footbridge at St Katherine Dock, London, is a rare survivor of its kind. Industrial ironwork has a romance of its own! https://victorianweb.org/technology/canals/10.html#bridge

Today is the birthday of the Northumberland heroine Grace Darling famous for her part in the rescue of the survivors of the Forfarshire in 1838. She was born on this day in 1815 and tragically died of TB aged just 26. He coble preserved at the RNLI museum in Bamburgh is the oldest surviving coble in the world. Picture Laing Art Gallery Newcastle. Happy Birthday Grace. 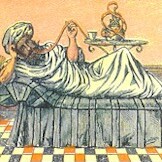 #OnThisDay—1 December 1879—John Plowman opened #TurkishBaths with swimming pool & fives courts in Merton Street, #Oxford. It remained open, under several owners, till 1924. The baths feature in G S Street’s novel ‘The Autobiography of a boy’ as the Turkish baths to which Tubby was conveyed in a sedan chair, though several authors have mistakenly suggested that Tubby’s destination was the Jermyn Street Hammam. The Prince of Wales (later Edward VIII) bathed there when at Magdalen.

#CFP Here's an intriguing CFP: "Cultures of Skin: Skin in Literature and Culture, Past, Present, Future" (abstracts by 1 Feb. 23, for conference on July 7-8, 23). Lots of possibilities, not just cosmetics, though they may come into it! Link:
https://victorianweb.org/authors/conferences/skin.html

#Didyouknow that we host an open access project on #Pregnancy and #Childbirth in Victorian times, funded by the Social Sciences and Humanities Research Council of #Canada? Here's an artice by Jessica Cox on "Breastfeeding, Wet Nursing, and Feeding 'by Hand'"
Jessica Cox, https://victorianweb.org/science/maternity/uvic/5.html #science #uvic

It's been so mild that we've had a second spring, with common wildflowers blloming even as leaves tured yellow and winter berries appeared. Margaret Rebecca Dickinson, Victorian Botanist and Plant Illustrator, would have been fascinated! https://www.victorianweb.org/science/botany/10.html

A bright "Morning" (before it's too late!) by Shrigley & Hunt, from Minton's Art Pottery Studio. https://victorianweb.org/art/design/ceramics/27.html

#Sunday Samuel Palmer thought churches were "the most charming points of the English landscape" (at least to the Christian eye). This is his "Going to Evening Church," 1874 https://victorianweb.org/painting/palmer/drawings/2.html #church #sunset

#sundaymorning A review of Alec Hamilton's "Arts and Crafts Churches"— lovely book, enough to make a churh-goer or at least church-crawler, of anyone! https://victorianweb.org/art/architecture/reviews/hamilton.html

Favourite cat illustration for #Caturday: "The cat did it" as an excuse for bad housekeeping! It's from The Greatest Plague of Life: or, The Adventures of a Lady in Search of a Good Servant... illustrated by George Cruikshank, 1847 https://victorianweb.org/art/illustration/cruikshank/39.html